Imagine for one moment that you lose a button on your shirt. What do you do? If it’s a Land’s End shirt button, you’ll soon be able to print a replacement button on your 3D printer from the comfort of your own home – an exact duplicate of the button on your shirt when you bought it. Even the same color. But what if you need something a little more intricate? Like a new finger, coronary artery or an entire hand? Well, that’s not far away, either.

When dot matrix printers were invented in 1970, no one could conceive of ever needing anything more sophisticated than a crude printout of office memos. About the same time, laser printers wowed the computing world by producing slick, professional looking text and graphics by fusing powdered ink to regular copy paper. Even in color!

Fast forward to 2000, the first 3D bio-printer was invented by Thomas Boland. Bio-printers are a specific type of 3D printer designed to create and replicate human tissues and organs. Bio-printers work much the same as laser printers. However, instead of laying down a single layer of powder on paper, laser sintering printers create objects within an enclosed chamber, heated to temperatures just below the part’s melting point. A laser hits the bio-printing material, then fuses it with ultraviolet light. The entire process to create tissues depends on their complexity – from several minutes to several days. 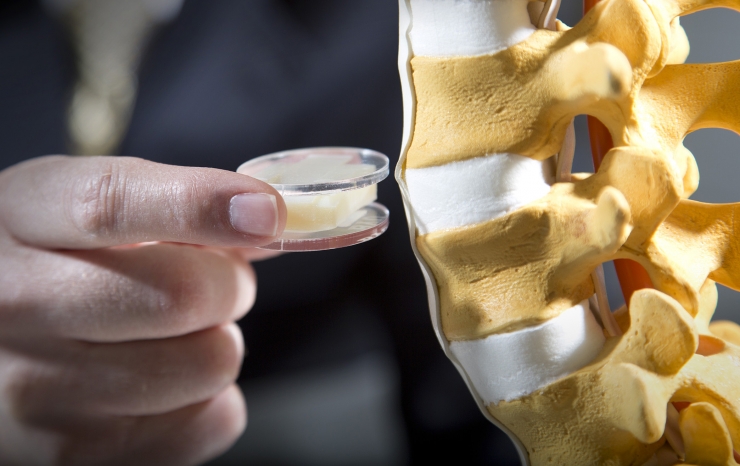 In less than 20 years, 3D printing has grown to a $2.7 billion industry, capable of printing everything from toys and airline parts to human tissues. Researchers are currently developing prototypes for heart valves, artificial joints, blood vessels and more.

Three D bio-printers also differ from current modeling machines that receive instructions from computer CAD programs. Instead of beginning with a large block of material and subtracting , or carving away the excess, 3D printers use additive engineering – they lay down a thin layer of material, one layer at a time - only what the object needs, avoiding costly material waste.

At the same time Boland was experimenting with 3D printed tissues, other researchers had already figured out how to print bone grafts from ceramic material, dental crowns from porcelain, hearing aids from acrylics, and prosthetic limbs from polymers. "It was like magic," says James Yoo, a researcher at the Wake Forest Institute for Regenerative Medicine. Yoo is developing a portable printer that will map a patient’s skin tissue, then graft it directly to the burned area on the body. "Every wound is different; the depth is different; and they're very irregular," Yoo says. "By mapping the area, you can determine how many cell layers are needed for the subdermal tissue, as well as the epithelial area. The advantage of the printer is that you can deliver cells more accurately and precisely."

Create your family tree It's FREE and EASY!

Hod Lipson, co-author of Fabricated: The New World of 3D Printing , and an engineer at Cornell University, is in the midst of 3D printing cartilage tissue – specifically, the meniscus in the knee joint. He built the model by CT scanning a human knee, transferring the data into a computer auto CAD file, then sending the information to a 3D printer. The problem with duplicating meniscus material is functionality – or, how to duplicate the way tissues stand up to regular pressure and force. That may still be a long way off. "For some tissues, even the simple ones, we don't know exactly what it takes to make the tissue behave like a real tissue," says Lipson. The answers may be years away – possibly, even a lifetime.

The Challenges of 3D Bio-Printing

The main problem with 3D printing human tissue isn’t the printer. It’s the computer software. "An MRI doesn't tell you where the cells are," says Lipson. "We're just completely in the dark in terms of the blueprints. That's half the puzzle. There's also no Photoshop—no tools to move cells around. That's not a coincidence. It's beyond what most computer software can handle. You can't have a software model of a liver. It's more complicated than a model for a jet plane."

Bio-printers can be developed to create new and improved “bionic” organs – like the human ear. Researchers at Princeton University have been creating replicas of the outside of the human ear with silver nanoparticles built into the tissue to create a coiled antenna. The antennas would be able to pick up frequencies beyond the current human hearing range.

In 2013, surgeons at the University of Michigan were able to save a 3-month-old boy’s life, born with a defective airway that collapsed with normal breathing. They created and implanted a 3D printed mesh tubing inside the child’s defective airway, designed to keep the airway open. The implanted material was made from biodegradable material that will dissolve within three years, when the risk from the impairment passes. 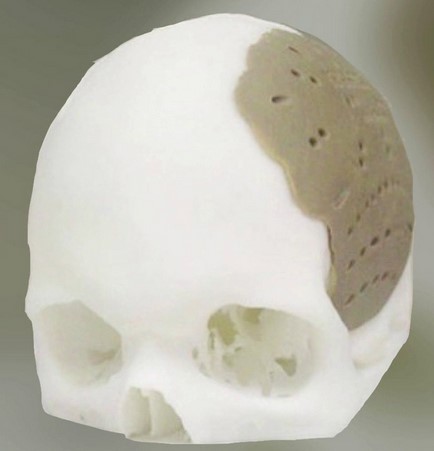 While most researchers confess to dreaming bit, they’re limiting their work to challenges with the greatest chance of success. Jon Schull, founder of the nonprofit foundation called e-NABLE, spends his time providing 3D printed hands to children who were born with no hands, or had them amputated due to accident or disease. The problem with most prosthetic hands is that they’re expensive and don’t grow with the child. Schull’s 3D printed hands are capable of making a fist, grasping a bicycle handlebar and holding a ball. As the child grows, adjustments can be easily made to the hand.

Lee Cronin, a chemist at the University of Glasgow wants to revolutionize the prescription drug market by creating a way for patients to fill prescriptions at home. The patient would go to an online patient portal and locate the “blueprint” of their medication. After purchasing the necessary ingredients, they could create or print their drugs at home.

Researchers at Louisiana Technical University have already discovered a way to print biocompatible devices for delivering medications for bone cancer patients, and a team of Dutch surgeons at the University Medical Center in Utrecht successfully replaced a portion of a 22 year-old woman’s skull with a custom-made implant made of plastic.

The dream of bio-printing researchers is to keep ahead of the demand for replicated human tissue and organs by looking to the future. In the United States, more than 118,000 people are currently on donor waiting lists. The lists grow by more than 300 people per month. The challenge is not only finding an organ. It has to be successfully matched to the recipient. That’s where bio-printing research comes in. By printing new organs from the patient’s own tissues, doctors will be able to sidestep the most critical bottleneck in the transplant process.

The dream of successfully creating custom-made biologic tissues that match patients and avoid rejection is rapidly becoming a reality. New printers and tissues modeled after patients’ specifications are regulated by the Food and Drug Administration to insure that they match the necessary specifications for minimum and maximum wall thicknesses, performance and intended use.

Whatever your needs, chances are a 3D printer may be in your future. Prices for printers have continued to plunge, with more intricate and capable units coming onto the market. If you can think of a use for a 3D printer, chances are, it’s already here.